These two five-storey 16th and 17th century merchants' houses - which now also house English Heritage's regional office - are fine examples of Jacobean domestic architecture, with some splendid period interiors. Originally numbers 41 and 44 Sandhill, they are now known as Bessie Surtees House and stand on a stretch of Newcastle riverfront that has been used as a quayside since Roman times, when the first bridge was built over the Tyne.

The earliest reference to a house on the site of Surtees House is from 1465. The property was recorded as being owned by Robert Rhodes, a rich lawyer. Carvings on the fireplace in the principal first-floor room of the house record a wedding in 1657. The groom was Thomas Davison and the bride a daughter of Ralph Cock, mayor of Newcastle in 1634. The couple’s family owned the house until 1770, when it was sold to Snow Clayton, a merchant.

One of his tenants was Aubone Surtees, whose daughter Bessie is said to have eloped in 1772 from a first-floor window with John Scott, a coal merchant’s son. They ran away to Scotland where they were married (and were remarried in Newcastle after the families were reconciled). Scott eventually became a successful lawyer and, as Lord Eldon, Lord Chancellor of England. The site of Milbank House was occupied in the second half of the 15th century by Thomas Hanson.

The ownership descended to Mark Milbank, who married Dorothy, another daughter of Ralph Cock. From the late 18th century the richer merchants of Newcastle moved from the busy quayside to the more fashionable suburbs. The houses were divided up and let, and subsequently entered a period of slow decline. The houses were eventually united by John Clayton, who owned Surtees House from 1880 and later bought Milbank House.

In 1930 they were bought by SR Vereker, later Lord Gort, whose wife was descended from the Eldons. He employed an engineer, RF Wilkinson, to restore the houses using 17th-century architectural fittings salvaged from properties which were due to be demolished. Bessie Surtees House was bought from the Gort estate by Newcastle City Council in 1978 and leased to English Heritage in 1989.

The rooms on the first floor are now open to visitors, while the rest of the building is used as offices. 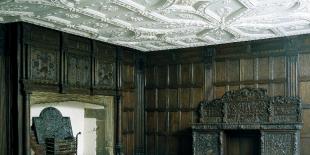