Home to history and the arts, Berwick Barracks is the ideal place for a family day out.

Built in the early 18th century to the design of the distinguished architect Nicholas Hawksmoor, the Barracks was among the first in England to be purpose built.

A stone's throw away from the Scottish borders and located in a Georgian market town, today the Barracks houses three museums; The English Heritage run museum hosts ‘By Beat of Drum’, an exhibition on the life of the British infantryman. With recreated scenes of a soldiers life in the Barracks, this permanent exhibition gives a real insight into the building's past.

The King's Own Scottish Borderers regimental museum is also contained within the Barracks. An unrivalled collection of memorabilia from the regiment's 325 year history, including; uniforms, medals, weapons, documents and silver.

Berwick Museum and Art Gallery is the final museum in the complex. The museum holds an interesting collection of items from the town's bygone industries in the ‘Window on Berwick' exhibition. A significant part of the museum's permanent display is the Burrell Collection, part of which was given to the people of Berwick by Sir William Burrell, whose fortune was made in shipping. Berwick Museum also has a changing exhibition space and a programme of family events.

Unfortunately there is no on site parking. However, there is a large Pay & Display car park at the end of Church Street and Walkergate, across the road from the Barracks. There is space for coaches/minibuses to drop off, although no designated space nearby for parking.

There are regular bus services to Berwick from surrounding towns, up and down the coast and from inland.

On the Parade, off Church St in town centre. 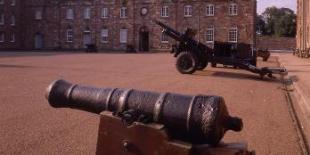 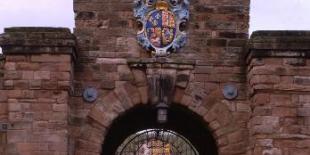 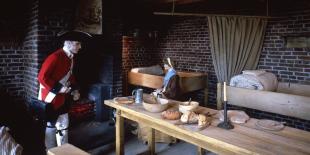