Baynards Cove Fort is a small Tudor artillery fort in Devon, picturesquely sited on the quayside.

Built early in the sixteenth century to provide a final line of defence should any enemy ships have broken past Dartmouth Castle and Kingswear Castle at the entrance of the cove, Bayard’s Cove Fort was a forerunner to later Tudor artillery blockhouses. It witnessed two brief actions during the Civil War and in the early years of World War II was used as a Machine Gun post.

Today, the site is owned by English Heritage, and sits at the end of the pier as an open shell. It is free to access. Fort is accessible by foot and easily found on the Quay side walk, though it is best viewed from the river. No parking immediately adjacent by town parking is available nearby. No dogs alowed.

Parking is available on the road above the fort. Various paying car parks operated by South Hams District council can be found in Dartmouth town centre.

Located in Dartmouth, on the riverside 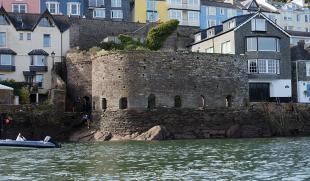 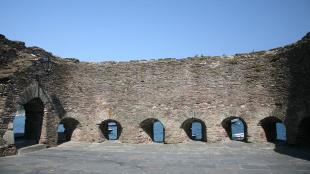